All newslettered out? Think again. Welcome to THE VOICE! Find out more

How Do You Know When It’s Time to Really Change Careers? Here’s How I Knew

Are you considering completely changing your career? It’s a big decision and hesitation is normal. Committing to a life change can take time to actualize. It took me almost five years to leave my corporate career and make my biggest career (and life) pivot.

Prior to becoming an executive coach, I worked as a global marketing executive, leading campaigns for one of the world’s most profitable companies. I helped generate millions in sales when the company was expected to lose market share. I earned my stripes over 25 years working in many cross-functional roles. I was considered a high-potential leader and was working toward a promotion to vice president.

However, as much as I proved myself, and the more ready and prepared I felt for this promotion, I would only receive drips of feedback and situational hints that I was not going to be promoted as a vice president.

It’s clear looking back years later that the root of it had nothing to do with my abilities or accomplishments, it really had to do with the fact that I was a woman in a very male-dominated hierarchical structure. And the constant overcompensation and trying to fit into a man’s corporate world became very frustrating and ultimately exhausting.

Proving myself began to take a toll on me physically. During the last few years of my career, I was undergoing a major operation every year. I remember my father asking me, “What kind of operation do you need to have to tell you that to realize the life you’re living is extreme?”

Over-delivering to the point of breaking down physically didn’t earn me a promotion but a proposed lateral move to another country. It would require either leaving my husband and having a separate life, or asking my husband to sacrifice his own career and come along. None was acceptable to me, I said no. This was essentially a promotion killer.

I asked for a global or regional role based locally instead, one that could still prepare me and lead to a VP position. I was the rare talent who could turn around markets and improve revenues, and could lead nearly any type of team because of my cross-functional experience. Yet I was refused any personalized career path.

It was my family or my career progress —I couldn’t have both.

I started planning my exit and it took another year until I left on my own terms. My dream and passion was gone and I fully realized that despite performing gangbusters in my career, my skills and capabilities would never be recognized at their level. At a certain point I understood that my “female way” of managing my life was not fitting with their traditional masculine way of career advancements which was bouncing from country-to-country with family in tow.

I didn’t really know what I would do for my next role when I decided to leave. But I knew it would never be a corporate role. When I left my career of 25 years, I took a year off. I simply had the desire to enjoy life again, to let my body recuperate, and to heal the wound of not being promoted.

When I gave my notice I realized one thing, however, that people kept telling me how much they’d miss working with me because I’d helped them so much with their development and growth. They’d miss our relationship that we’d built and the collaboration we’d created. One thing that nobody mentioned, however, was the actual project work I’d done. Nobody said, “That launch was the greatest,” or “Remember that one presentation you made?” Instead, they talked about the people aspect of what I’d done in my career. This started to give me an idea.

I started thinking, maybe I’ll become a coach. I didn’t even really know what coaching was but had heard a colleague talking about it. She led me to CTI, a coaching school where I started taking one course. I loved it. I continued and registered for another four courses. Then another four courses. And being goal-oriented, I wanted to obtain the coaching certification.

So I set off to earn 100 hours of coaching experience. Organically I started to build up my business. I built up a portfolio of tools, clients, and kept building my coursework. I did seven certifications in four years. I now have more than 750 hours of experience of more than 40 clients. Something that I took a small interest in really bloomed into a full-fledged business, one that keeps me smiling, engaged and feeling more empowered than ever. 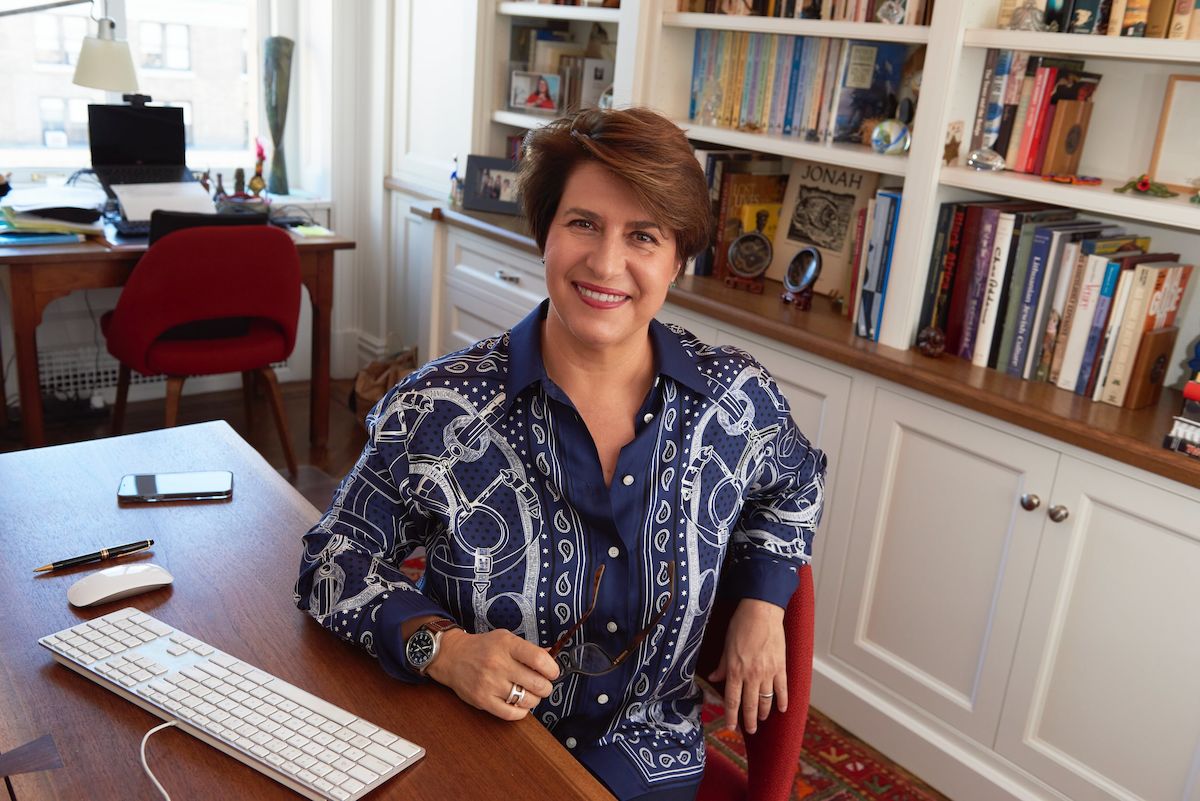 I found peace with not getting that promotion and coaching helped me to move on and close the wounds, as did becoming a successful entrepreneur. Now I’m free, I work hard and can decide who I work with. I don’t sign checks for a big agency to do a whole project like I used to in corporate, but I pace myself and decide how big I want to become. I generate what I want to happen. I’ve learned that what you want is what you create. And I now experience personal satisfaction based on my impact and I can drive my own decisions.

I work with middle and executive management teams. I really understand this world inside out and have been able to navigate it very successfully. Since leaving the corporate world, I have been able to reflect on it and have this distance and now I can help others navigate and generate their own brand of success.

So this is my story of my personal transformation. What’s yours? Do you need help defining it or telling it? If you want to work through how to adapt to change and create choices for you, I can help. I’ve coached leaders and teams through transformations and finding their voice and purpose. Contact me to set up a consultation.

Want to know more about the world of leadership, coaching and career development?

Need help finding your own voice and developing your leadership qualities?

How do I know if I should change careers?

I guess that depends on each of us. No one has a set timeframe. But let me tell you how it went for me. It took me five years of planning and taking steps to transform from being a global marketing executive in a big global marketing company to becoming the executive coach that I am today, living in New York because of my personal transformation.

I created a new career that I love, in which I can help others create a thriving workplace or team. I can help individuals drive their life and choose their goals on their own terms. But what led me to this decision was having to make some really hard choices and to ultimately let go of a personal career goal. It was not easy at all. I kept myself in a situation where subconsciously I knew it wasn’t healthy for me, but I kept at it and I kept trying. And I pushed harder and harder to prove my worth and chasing a path that eventually never materialized and probably wasn’t made for me. I had to say no to all of it. I had to let go and heal.

Once I made that decision, it took some licking of my wounds before becoming who I am today in front of you. My health, though, was a big factor in deciding to switch careers in the last few years of my corporate career. I had major operations every year. My father even made me notice that and said “Isn’t that a bit of an extreme lifestyle?” My body was essentially doing what my brain was not doing, which was to shut me down. My body was breaking down from the stress, travel, politics and overworking. The big thing that forced me into pivoting was that I realized that I was trying to fit my very specific female way of working into a traditional patriarchy and male-driven company that just didn’t fit.

The female experience is different in many places

At some point, I could not progress my career because the steps that were set up for an executive promotion (which I was really hoping to get) were centered around a man’s life. A life that had more flexibility, more ability to live abroad, bigger salaries and less domestic expectations. In other words, I was not really allowed to have a dual career with my husband, who was also working in the same company. I realized that no matter how much more I did, I would not achieve what I wanted because there was not an existing path for a woman like me. I also knew that this path would not be created despite how valuable I was to the organization. So, I had to make a decision, because paddling upstream was no longer going to work.

You have more freedom to choose than you think

I’m telling my full story on LinkedIn, which I hope you will follow and read because I’d like to help keep you from taking as long as I did to transform. I want you to realize that you can always make your own path. You won’t have to wait or struggle for someone else to make it for you. Your goals may have to be adjusted. Your destination might not be the one that you expected or hoped for, but you have way more control over your journey than you know.

Reach out to me if you think that it is time to pivot to your career and share your transformation story in the comments of my LinkedIn posts so that others can see and learn from it. We don’t have to travel alone. I can be reached via direct mail on my LinkedIn page or direct mail here on the Bogliolo Coaching & Consulting website.

Thank you very much and have a safe and exciting journey.

Previous article:
← How Can I Most Effectively Recharge During the Holidays?

Next article:
It's Okay to Invest in Yourself: Steps to Showing Yourself Care →